8M: Let's build a present and a future of equality, together

Today is International Women's Day, and the reason why, during the month of March, we’ll be sharing a series of uplifting stories to inspire us to work for a more diverse, equitable and inclusive world. It’s also a good opportunity for you to analyze the relationships between women and men in your workspace, at home and with your friends. 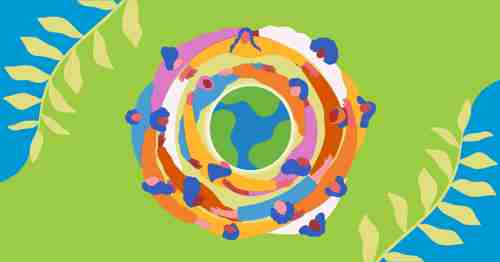 Celebrated by the United Nations since 1975 and proclaimed officially as International Women’s Day by the UN Assembly in 1977, this commemorative day has its origins in the groundbreaking demonstrations and marches led by women at the beginning of the 20th century. Especially in Europe, they marched for the right to vote, for better working conditions, and for equality between the sexes.

From then on, the UN and different organizations have worked tirelessly in the fight against gender discrimination. Some of the most prominent results and proposals came in 1995 with the approval of the Beijing Declaration and Platform, a historic roadmap signed by 189 governments, setting the agenda for the realization of women's rights, which materialized as Strategic Development Goal 5 on the UN’s 2030 Agenda in 2015.

Today International Women's Day is commemorated around the world, in recognition of the extraordinary efforts and achievements of women who have fought and continue to fight for their rights.

This year’s motto for International Women's Day invites us to build a world free of prejudice, stereotypes and discrimination; a diverse, equitable, and inclusive world; a world in which differences are valued and respected.

Because of all this, we do NOT celebrate, we commemorate. So do not wish anyone a "Happy women’s day!"

According to UNESCO, women still only account for 28% of graduates from engineering degree courses at world level, even as the demand for those qualified in STEM subjects (Science, Technology, Engineering and Math) continues to rise.

"We must advocate greater diversity for a more equitable and inclusive world in all its forms. This means encouraging more women to study engineering so that they can contribute their abilities and know-how to the industry," says Pablo Castelnuovo, Corporate Director of Development, Techint E&C.

Today, diversity and equity issues are firmly on Techint E&C's agenda. In fact, in 2021, despite the pandemic context, the company:

International Women's Day invites us to reflect and analyze the relationships between women and men in our workspace, at home and with our friends.

For a present and a future of equality.