Do what you love and love what you do

Jesús Díaz Ramírez is the Electrical Supervisor at Carbonser in Michoacán, Mexico. He’s a big football fan as well as a family man and believes that curiosity and being proactive are vital character traits for professional development. 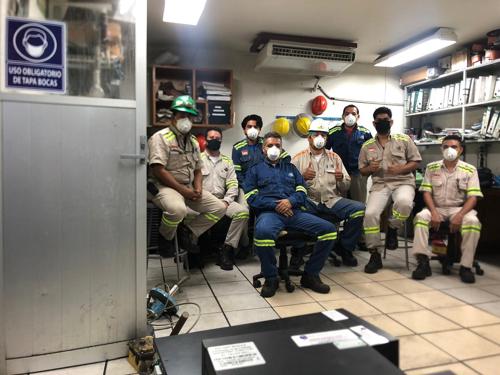 Jesús Díaz Ramírez is an Electronics Engineer, with a specialization in instrumentation and construction control. Born in Guadalajara, Mexico, he’s been working at Carbonser for the last nineteen years. This is a consortium between Techint E&C and the Grupo Mexicano de Desarrollo which specializes in supplying coal to the Plutarco Elías Calles Thermoelectric Power Plant.

As Electrical Supervisor, Jesús has risen through the ranks at Carbonser, taking part in several projects such as building a power plant, the start-up of a copper mining company in northern Mexico, and the engineering required for the expansion and repowering of a local thermoelectric power plant.

A family man and proud of it, Jesús also loves football—and his job! “I tell the guys on my team that we’re really lucky! We should be thankful that we enjoy our work and can do what we are most passionate about,” he says, adding, "Every day, I feel gratitude for everything I have."

Jesús was the first person to test positive for COVID-19 at Carbonser. He caught the disease in early April 2020, and quickly went on to develop a serious condition. “Despite not having any risk factors, it hit me very hard and I was in the hospital for about two weeks, on oxygen and antibiotics to treat pneumonia. I had to take about three months off from work, and the truth is that I had a really bad time,” he recalls. Fortunately, his wife and two daughters were not infected. For Jesús, his time in hospital marked a watershed moment in his life. “Now I have a different perspective on everything because when you feel like you were able to come back from the edge, there is only one thing you can do: be grateful!" 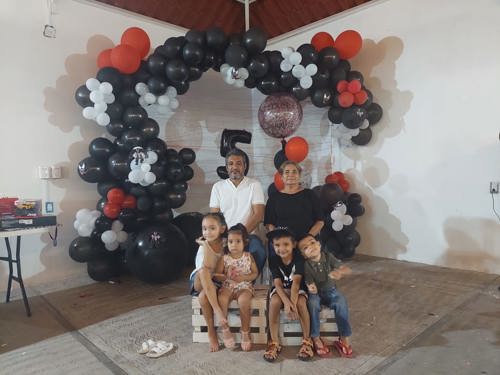 Carbonser has the job of receiving the coal purchased by the Federal Electricity Commission (CFE, in Spanish) which is in charge of mining operations. Carbonser is responsible for unloading and mixing the coal (two or three types of mineral coal are bought), before storing it and sending it to be used at the power plant, known as Petacalco for short.

During the pandemic, as less coal was purchased by the government and operations at the plants were cut back, they used the period of less activity to carry out improvements. Jesús explains how they carried out a major overhaul that they’d never been able to implement before, leading to improvements in maintenance, process optimization, and staff training.

Carbonser also works with other projects under development. Jesús recalls that in 2018, they provided support for the engineering and repowering phase at a thermoelectric plant under the charge of Techint E&C. “This experience was really challenging because the deadlines were extremely tight and there were so many obstacles to be overcome. But the result was more than gratifying as we met all the objectives on time.”

Asking questions is the way forward

Jesús has no hesitation in sharing the best advice he would give young people joining the company today: ask questions, take part and share your opinions. “I’d tell them to ask, ask again and ask some more. You often think that when you have a degree in something you ought to know everything, and that’s simply not true. Work is quite different from school, and the only way you’re going to learn is if you ask questions.”

From his point of view, it’s vital to encourage employees to come forward with their ideas, as very often the best solutions are the result of the combination of different approaches. “More than once, I was surprised to see these quiet lads who, when encouraged to speak up, had a lot to say for themselves,” he says, adding, "I think it's important that we as managers motivate our teams and help them to speak up and contribute as much as possible."