The energy transition is happening and is a priority on the company’s work agenda for the next few years. At the end of April, Techint E&C took part in an event hosted in Chile, presenting a virtual exhibition stand, while the company’s Corporate Process Design Manager Martín Scalabrini Ortiz was invited to give a talk on the panel discussing "Green Hydrogen Infrastructure".

In line with the UN Sustainable Development Goals (SDGs), Techint E&C is investing major efforts in the energy transition, analyzing a range of opportunities mostly associated with using hydrogen as an energy vector as well as the decarbonization process in different market segments.

On April 27 and 28, Techint E&C joined the roster of top-tier companies exhibiting at Expo Hidrógeno Patagonia 2021, the first Latin American event centered exclusively on fostering technical and technological exchange about hydrogen. Held entirely in the online form, the event was opened by the Biminister of Energy and Mining of Chile, Juan Carlos Jobet and featured some 30 exhibitions and 20 stands. 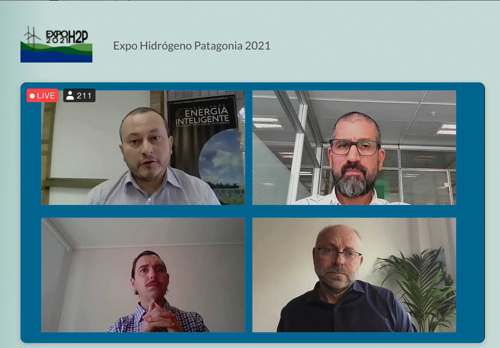 Martin Scalabrini Ortiz, Corporate Process Design Manager, was one of the speakers on the panel discussing “Green Hydrogen Infrastructure”, looking into the role played by Engineering and Construction in the energy transition.

In his presentation, Martín referred to Techint E&C’s multifaceted experience in hydrogen projects ranging from “methanol plants, which use hydrogen as raw material, to hydrotreating diesel or gasoline. Through these projects, we have developed alliances with companies pioneering new technology such as Exxon, Siditec and Johnson Matthey”.

He also referred to the “Dalmine Zero Emissions” initiative under way at the Tenaris plant in Italy where Techint is involved, a project aimed at developing an electrolysis plant powered by renewable energy, which would reduce the plant’s CO2 emissions by up to 36%. “We believe that this development will have a direct knock-on effect on the other electric arc furnace initiatives in Europe, creating the possibility for dynamic synergy with other companies using technology to reduce CO2 emissions, especially in the steel industry.”