Evolution in the skies

The use of drones in the industry is becoming more and more frequent as the range of applications continually ventures into new territory, from improving safety to remote deployment and 3D models. 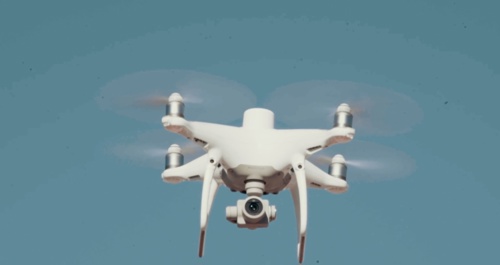 When we talk about drones, we probably think about some spectacular film shots or aerial photography. Or perhaps the breathtaking displays formed in the sky by thousands of tiny lights at the closing ceremony of the Tokyo Olympic Games.

However, "today, drones have more and more applications in the industry as they perform tasks that were previously unthinkable, expanding the possibilities of our work and accessing places people can’t easily reach," explained Alejandro Aguirre, Head of Innovation and Knowledge Management.

At Techint, we are pioneers in drone use, using this technology for all kinds of functions, ranging from monitoring and reporting construction progress to topographic surveys or subsoil geo-radar mapping to plan earthworks.

However, their application does not end there: there are other extremely diverse uses, which only a few years ago were unthinkable:

Surveys. Due to the development of larger, sturdier drones, LIDAR sensors can now be used to perform 3D terrain mapping. This produces more accurate information than photogrammetry, and data processing times are shorter as well. Drone technology means we can increase efficiency in areas like designing and budgeting pipelines in areas of irregular topography covered by dense vegetation. LIDAR scanning systems can also be attached to drones to map the progress of works and compare this with 3D modeling. In the area of inventory, mounting RFID sensors on drones makes it possible to speedily locate materials and equipment in warehouses without needing to visit the premises in person. There are even special drones with directional thrusters able to check and measure the thickness of anticorrosive coatings.

Construction. Drones are already being used to move cargo (some can bear a weight of as much as 200 kg and have a flying autonomy of 40 km) or install guides between power-line pylons so that the power cables can be hoisted up between them. Some of the most recent applications are the drones used for surveying land which marks specific points by putting in stakes, and drones used to apply spray paint.

Health & Safety: The principal advantage of using drones is to be able to quickly reach places that are otherwise very difficult to access. In this line, medical drones have been developed, equipped with defibrillators that are able to provide emergency remote medical assistance. There are also those equipped with special sensors to detect gas leaks or perform visual inspections in confined spaces, sending live video transmission.

As work continues to study and perfect drone technology, new applications are continually being added to the range. "The key thing is to have an open mind and be alert to new solutions that can be adapted or adopted with a view to speeding up processes or making them more efficient, in an industry where there is plenty of room to explore and innovate," says Alejandro.