Get involved in the design and construction of a mega project. Share work and experience with a multidisciplinary team. Be a part of something that transforms people’s lives. This is Techint Engineering & Construction, as Martín and Martina tell us in their own words. 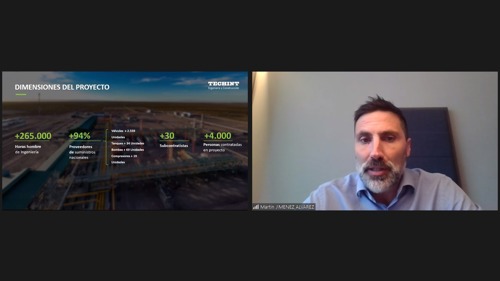 Over 265,000 labor-hours of engineering, over 7.7 million labor-hours of construction, over 4,000 workers, over 1,000 SMEs involved. These are impressive numbers that are part of the reality of many Techint E&C professionals.

What if you had the opportunity to be part of something like this?

Fortín de Piedra is located in Vaca Muerta, province of Neuquen. The second-largest shale gas reserve in the world and the fourth-largest shale oil reserve, it provides Argentina with opportunities to export gas and crude oil, and is a driver for employment creation, generating foreign income.

This was the core message of the presentation given by Martin Jimenez Alvarez, Project Manager of Techint E&C in Fortín de Piedra, and Martina Scomovich, a project engineer from the Young Professionals program, to 55 students from the Universidad Nacional del Comahue and Tecnológica Nacional.

You too can be Martina 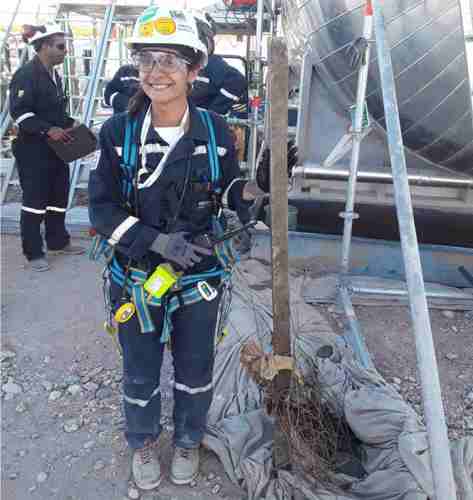 As a Chemical Engineering student, Martina began her career at Techint E&C in January 2017, through a Summer Internship, in the Processes department at the company’s headquarters in Buenos Aires. When she graduated in July that year, she continued his career with the company as a young professional.

“It is quite nerve-wracking to make that jump from college to work. But at Techint, right from the word go, they gave me the tools and knowledge I needed to train and create important content to contribute to the different projects.”

Martina was involved in the Engineering phase of Fortín de Piedra and later provided assistance in the field to the Pre-Commissioning area. This was a change that she sought and achieved.

“The possibility of being able to rotate between different areas, even geographically, is something you can do, as I was able to prove. This is very important when you’re planning and developing a professional career,” Martina told the students.

For her, one of the company’s greatest attributes is its approach to teamwork. “Everybody shares their knowledge with great enthusiasm because they really take enormous pride in their work. Each of Techint’s projects transforms people's lives and that, in the end, is what counts.”

In January 2018, the giant of the skies landed in Fortín de Piedra. Can you imagine an airplane with enough cargo space inside to transport 82 cars? The Antonov AN-124 is the largest aircraft in the world and was used to transport 14 40-ton packages of equipment for the project.